Click the buttons below to view each nominee and appointee. 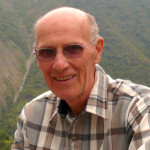 Francie and I were married in 1967. I was half way through medical school and she was beginning a graduate degree in clinical social work. We could never have imagined the adventures ahead: Salt Lake City for internship, Southern California for a Family Medicine residency, Athens Greece for 3 years in the Air Force, 9 years in a small town practice in Oregon, 15 years at UVA and 9 years at U. of Oklahoma. Francie worked along the way using her social work degree in a wide variety of settings. She also has written many short memoir stories which are now being published. We have three wonderful married children who have given us six very special grandchildren.

It was in Charlottesville that we returned to Jesus and began our growth in faith, trust, and obedience. We also came to realize clearly how He had been working in our lives. We retired to Williamsburg in 2007 and God persistently led us to the Chapel. As I read Dick Woodward’s Four Spiritual Secrets and Dois Rosser’s The God Who Hung on a Cross, I was deeply touched by the richness of the Chapel’s legacy. We have been blessed to be in a loving small group that I co-lead. Francie is a Stephen’s minister. Over the last 30 years, I have participated in or led over 15 short term missions—mostly medical. More recently I have committed myself to our church’s missions program where the Lord has filled me with a great passion to see our entire body unified and fully dedicated to obeying the Great Commission to make disciples. 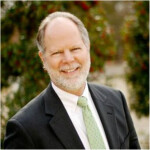 My wife Jan and I moved to Williamsburg in 2004. In our early years in Orange County, CA, we were blessed with two daughters and a son. When the oldest was approaching high school, we moved to NH for about 11 years.. A few years after moving here (after our time in NH), our son was married and last year our daughter who teaches was married. Our other daughter has a local floral design business in which Jan also works.
As a couple, we are currently involved on the Marriage Mentoring team through which we have met some wonderful couples. In various seasons of life, I have lead small group studies, sung in choir, met with men for Bible study, been involved with building a house for a marriage retreat center and dorms for a youth camp.
Since much of my time is spent in my office working with families as their financial advisor, it is great to get out and be involved with hands-on projects. On some weeks I take off early to go kayaking or sailing with friends.
One of my joys is helping others pinpoint their God-given strengths and unique design. It is intriguing to see that though we each have different gifts, talents and experience, they are all woven into God’s plan for community, growth and serving one another.
Travel continues to be a part of our annual activity with three handsome grandsons in the Midwest. We also have friends and family in various parts of the country that we enjoy seeing.
It is an honor to be part of the family at the Williamsburg Community Chapel and share in the work along with the many that serve here. 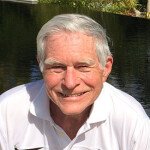 Stephi and I moved to Williamsburg as the previous Century was coming to a close. I had retired from my work as a registered professional civil engineer for 35 years. We had begun serving full time in the stewardship ministry of Crown Financial Ministry. Our responsibility covered the states from Virginia Northward. God eventually led us to Williamsburg and the Chapel to be our base for serving Him.

My personal history began in a small farming town in upstate New York, as the only child of two working parents. Through our combined efforts to work, save and invest in my education, I became the first in my family to accomplish the “American Dream” of having a profession to meet financial needs.

Along the way the Lord gave me opportunity to serve my country in the Navy Civil Engineering Corps on active duty in the early stages of the Vietnam War. I continued in the Reserve status through the war. Fortunately, I was able to be involved in my profession to help plan the transportation improvements going in place under World Trade Center as it was being constructed. I then moved to the West Coast to do initial planning for the future extension of the Bay Area Rapid Transit to the San Francisco Airport.

It was there God brought Stephi into my life. She had just moved into my neighborhood as a widow with 2 young boys and a third child on the way. We merged our families 2 years later and moved East when my work terminated for lack of funding.

My new job was in the DC area and God placed us in a McLean neighborhood next to an Air Force General with a strong walk with Jesus. God used Paul Watson and his wife Jane, and Eleanor Page (who by the way had close ties to Dick Woodward in Virginia Beach), to ignite a spark in my spiritual journey and bring Stephi to faith in Christ. During the next 30 years our focus shifted from the world to Jesus and service to Him. By the time we moved to Williamsburg our 6 children were developing lives of their own.

By God’s grace, our children have found Godly mates and we now have 23 grandchildren! Future growth is coming as the grandchildren marry - which 5 already have! During these years in Williamsburg God has been redrawing our boundaries. Our last assignment in Crown was the State Director (VA), from which we retired at the end of 2006. Our focus now is on family, church and community.

Stephi is very involved with the leadership of the Ford’s Colony Women’s Bible Study. This study is geared for women, regardless of their knowledge of the Bible, to discover the relevance of the Bible in the 21st Century. I have been involved with helping the poor in the community. I have been on the Agape Committee since it started several years ago. I feel a deep connection for the people I’ve interviewed, as the Lord has taken me through the “quick sand” in our culture. I know there were times when only His footprints were visible!

The opportunity to serve with such a Godly group of church leaders is a special blessing to me. I have seen the many exciting things God has done in and through the Chapel. Men have come and men have gone, but Jesus is at the helm! It is a great honor to join this unified, Godly group of men seeking God’s will for the direction we should go.