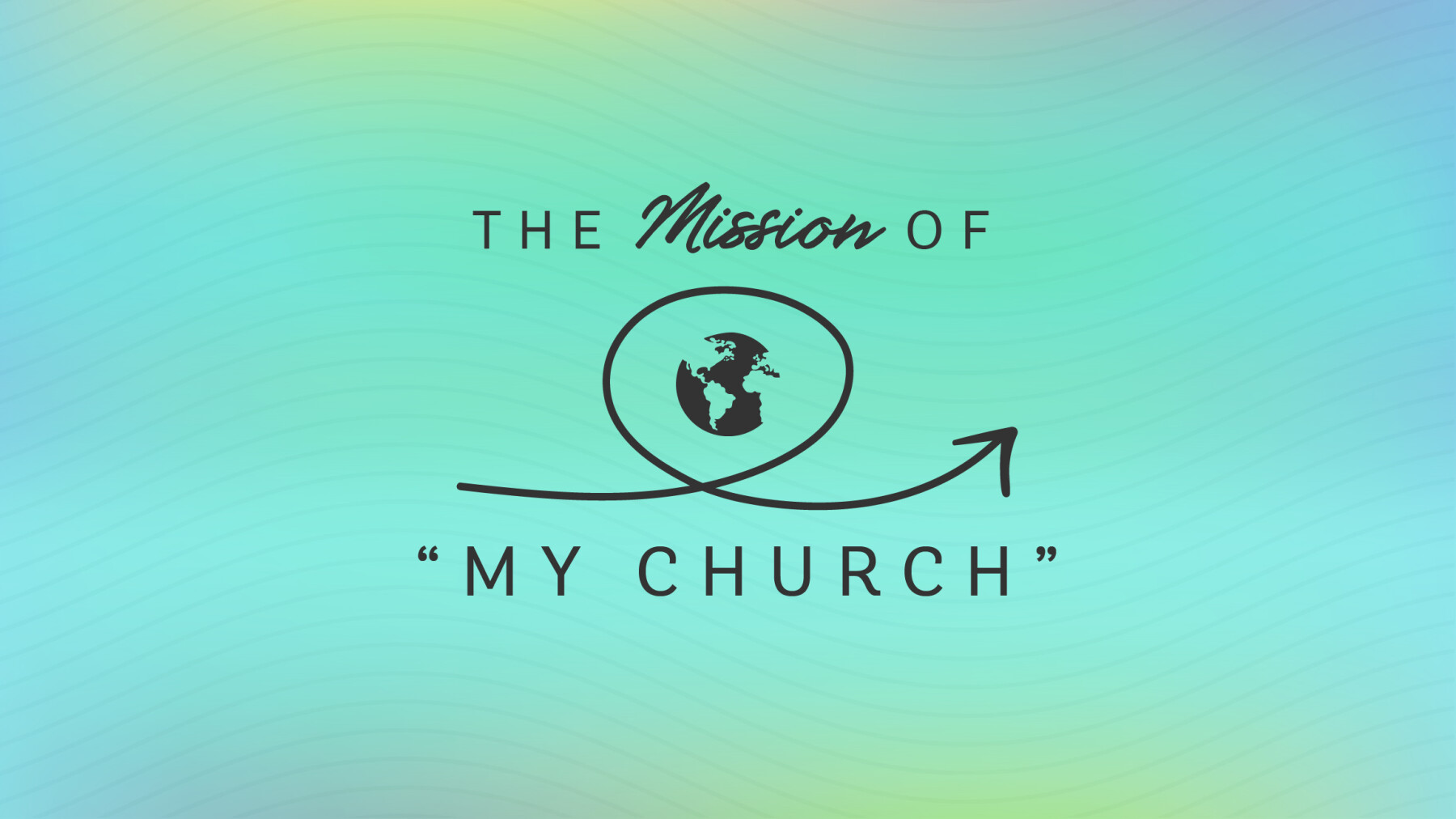 The Mission of "My Church"

We often use the phrase, my church, to refer to the place we go on Sunday mornings. It’s common to discuss what I like about my church, what I don’t like about my church, how my church is changing, and what my church is doing or saying about a particular issue. Although this kind of language and commentary is pervasive enough to become background noise in most church foyers or fellowship halls, there is only one person who can truly say, “my church.”

This series focuses on the Church’s Mission. 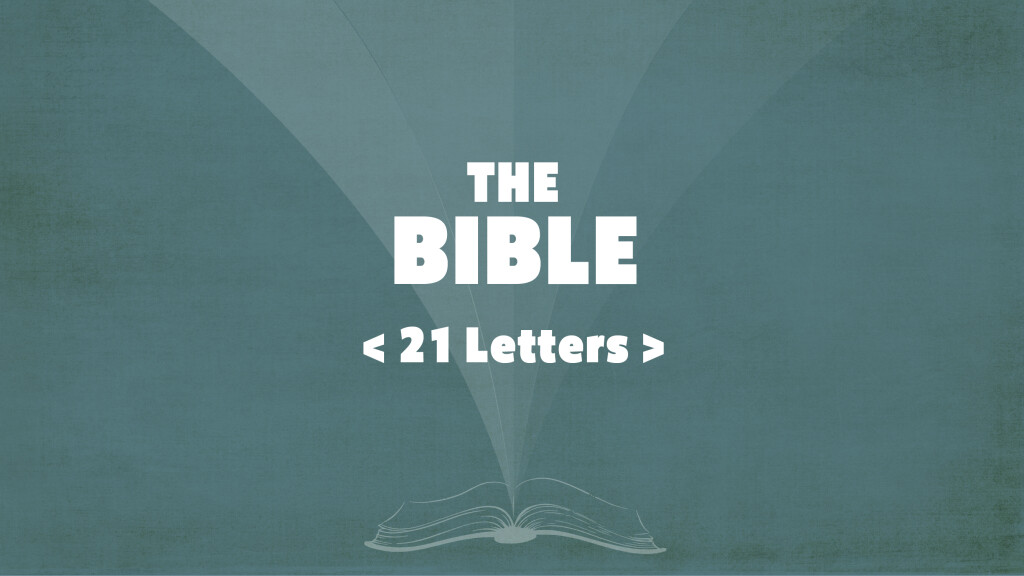 The 21 Letters in the New Testament are the explanation and application of the Gospel for the earliest churches and believers. Like letters today, the Bible’s Letters were the personal communication between one person or group and another. Unlike letters today, however, the letters we find in the New Testament contained such clarity in their explanation of the Gospel, and such insight in their application of the Gospel, that people could discern that these were more than human compositions. They understood that in addition to everything that came before in the Old Testament, these too were “breathed out by God” (1 Timothy 3:16). Churches began to circulate the letters, and they were ultimately recognized as the authoritative witness to true life in Christ and life in the church together. 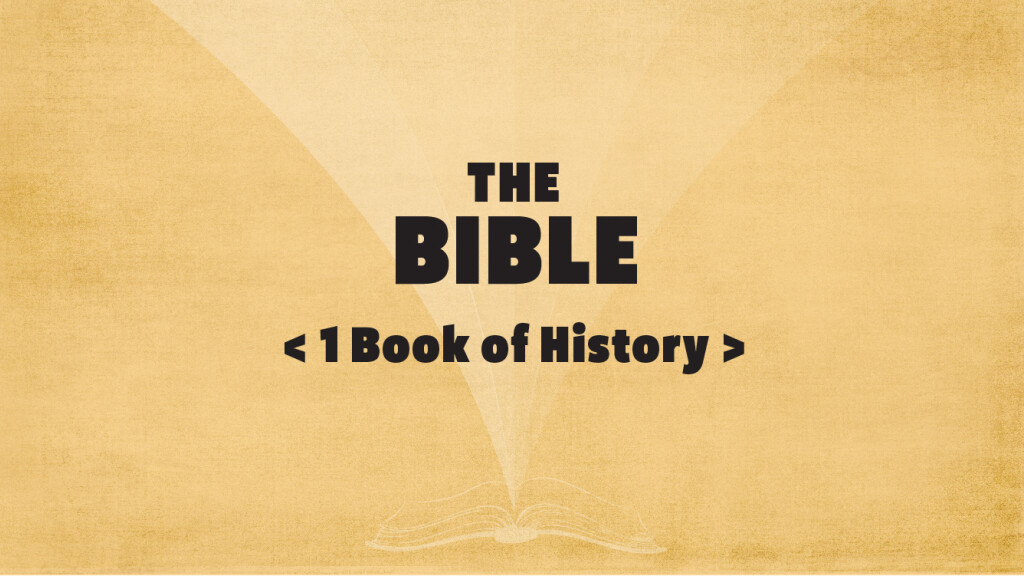 The book of Acts tells the story of how the Kingdom Jesus proclaimed in the Gospels continues to be established through the power of the Holy Spirit by Jesus’ followers on mission in a new historical movement called “The Church.” Acts is the sequel to the Gospel of Luke. At the end of Luke’s Gospel, Jesus’ disciples are instructed to wait in Jerusalem until they are “clothed with power from on high.” In the first chapter of Acts, Jesus’ disciples ask Jesus when the kingdom will be restored to Israel; that is, after all, what all pious Jews in the first century believed the Messiah would do. It is at this point that Jesus informs them that the reason they are waiting in Jerusalem is not so that the kingdom may be restored in Jerusalem, but that from Jerusalem, His Kingdom might reach the whole world, “But you will receive power when the Holy Spirit has come upon you, and you will be my witnesses in Jerusalem and in all Judea and Samaria, and to the end of the earth” (Acts 1:8). The disciples had Israel and Jerusalem as its capital on their minds, while Jesus had the end of the earth on His. 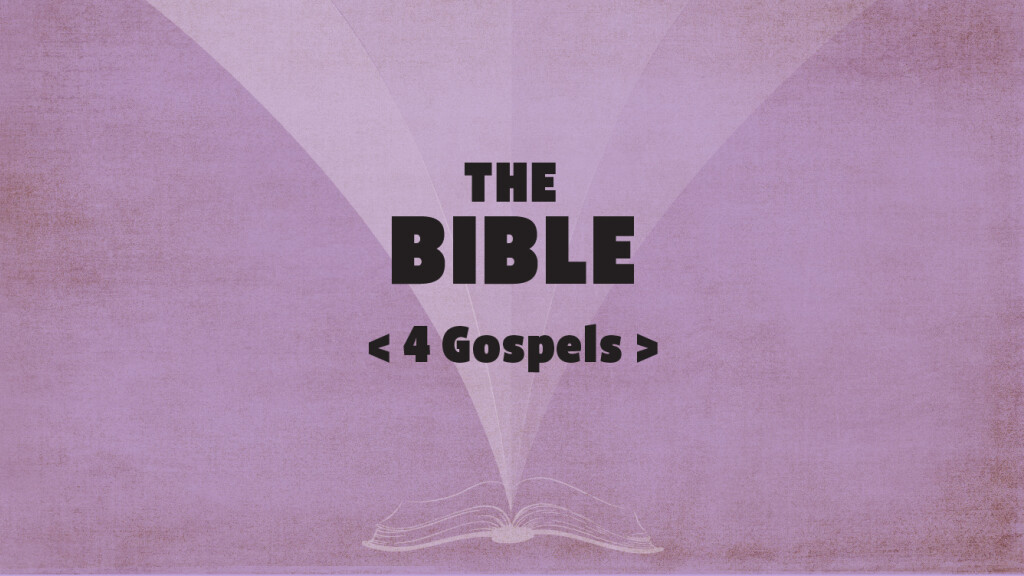 The Gospels report the good news that God has come to rescue His people in Jesus Christ. Our English word “gospel” is derived from the Greek word for “an announcement of good news” that was often a royal proclamation about a ruler’s sovereignty over a kingdom. The Gospels announce that Jesus is the world’s True King. They describe what life in His kingdom looks like. They call people to follow Jesus the King through a process called discipleship. They make it clear that discipleship is not a personal matter alone but that all disciples participate in the mission of the King. Disciples do not merely read the Gospels, they become announcers of the gospel themselves by reflecting life in the kingdom in all they do and inviting others to trust Jesus’ Lordship in their lives. The Gospels culminate with Jesus’ death and resurrection. The King takes on all the forces of darkness and chaos that have wrecked humanity since the third chapter of Genesis. The King offers His life on behalf of His people. He defeats evil, sin, and their ultimate consequence, death, through His resurrection so that all who place their lives under His Lordship through faith may live a new life in Him. 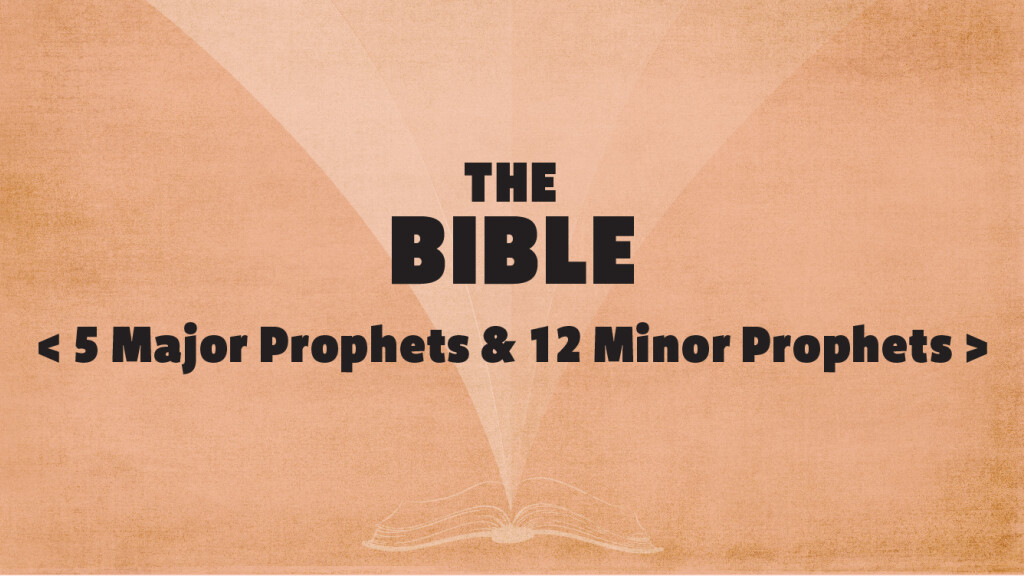 The Prophetic Books tell God’s people the truth when they are in danger. They call God’s people to repentance as the only viable option in the face of sin. In the midst of war, national collapse, social breakdown, famine, and all varieties of human sin at its worst, the Prophetic Books proclaim God’s promises and faithfulness. Walter Brueggeman summarizes their message in three words, “Reality, grief, and hope.” These books reveal to God’s people the reality of the painful situation in which they find themselves along with how they arrived at such a desolate place spiritually and physically. They plead with God’s people to grieve over their sin and repent, turning back to God who has never turned from them. Finally, they unwaveringly proclaim the hope that God will restore His people, execute ultimate justice, and defeat their enemies. 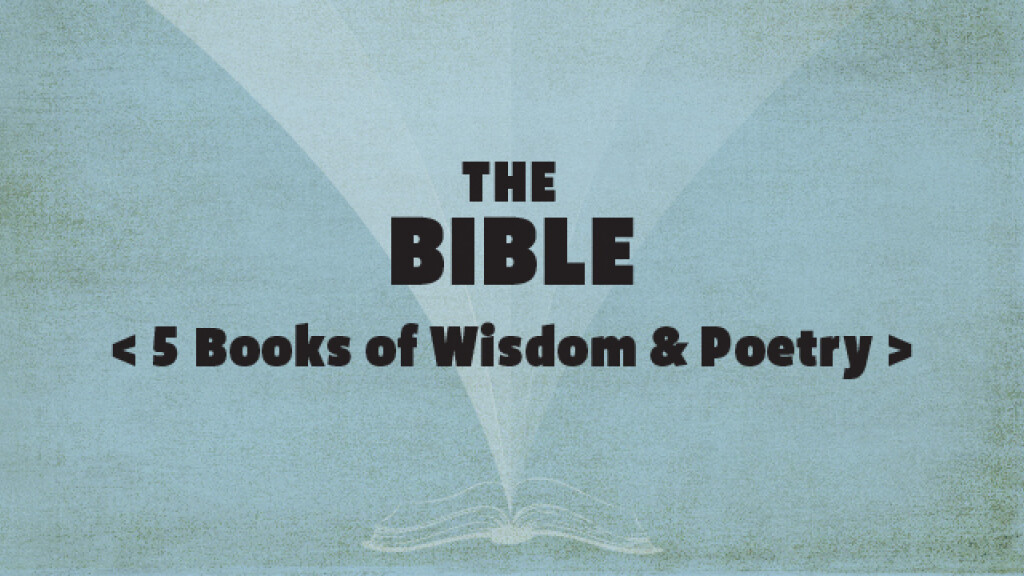 The Books of Wisdom and Poetry show God’s people grappling with humanity’s most difficult questions, profoundest longings and highest aspirations. Their content transcends cultures and historical context to deal directly with the concerns of the universal human condition. The Hebrew word for wisdom is connected to the concept of skill. Wisdom has been defined as, “the art of skilled living” (Bruce Waltke). These books were written to instruct people who are struggling to live well, worship well, love well, suffer well, or die well. They reveal a better way, a more prudent way, a wiser way — God’s way. 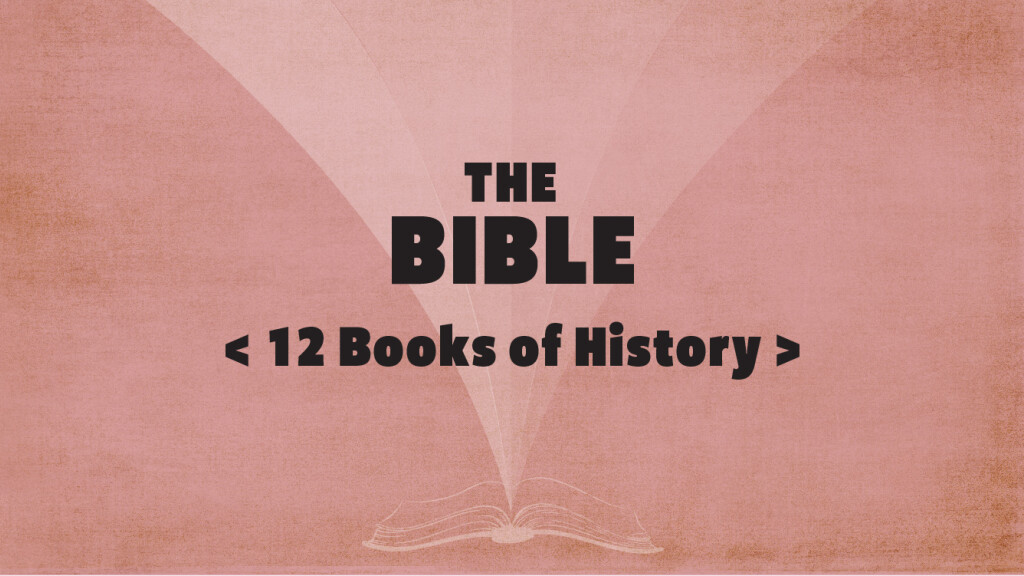 The Historical Books provide a “God’s eye” perspective on the history of God’s people, Israel. These books span an approximately 1,000-year time period. They cover the history of and provide historical context for everything that follows them in the Old Testament. These books show how God works through ordinary events and how God supernaturally breaks into the natural world. Whether God uses ordinary or extraordinary means, the Historical Books are clear: God is powerfully at work in history for God’s redemptive purposes. Though Israel suffers defeat as it attempts to inhabit the Promise Land, though Israel’s culture spirals downward under the leadership of Judges, though God’s people reject God as their true King, though wicked rulers are enthroned as kings and queens, though foreign armies deport God’s people, though the temple is destroyed and, even when God’s name is not mentioned as Esther attempts to save God’s people in Persian exile, the narrative stresses this point at every turn: this remains God’s story. It is all His-story. 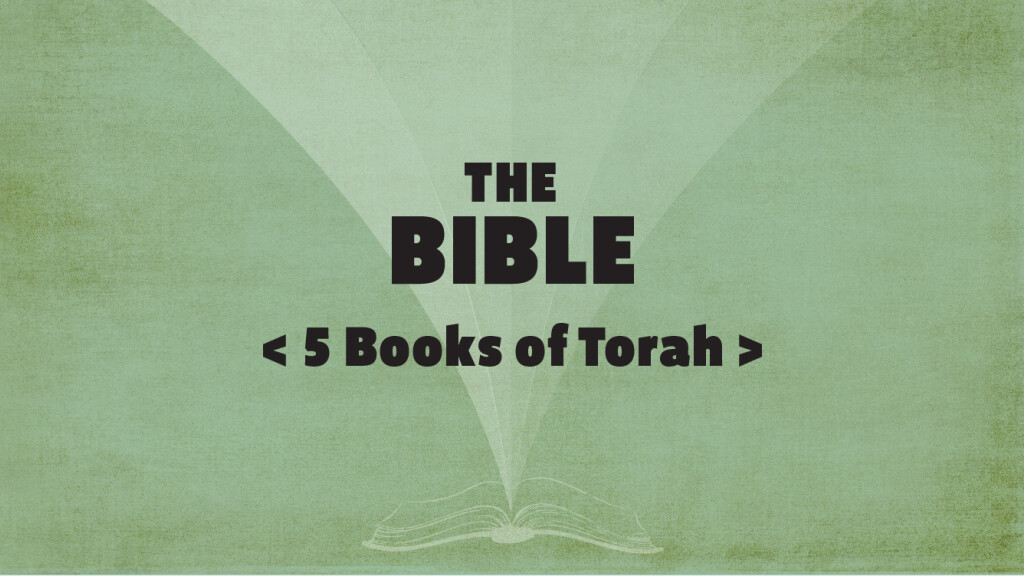 The Hebrew word, “Torah,” literally means “Instruction.” The Torah is instruction for living in God’s world. These instructions include narrative, poetry, and laws. In light of this section of Scripture containing many of God’s commandments, the word “Torah” has also been translated as “Law.” However, while law giving is one theme of the Torah, its contents are much broader than lists of laws. As the first section of books in the Bible, it holds the keys to understanding the Bible as a whole. As a book’s ending often makes sense only in light of its beginning, so the conclusion of the Bible can only be understood if one understands the Torah. 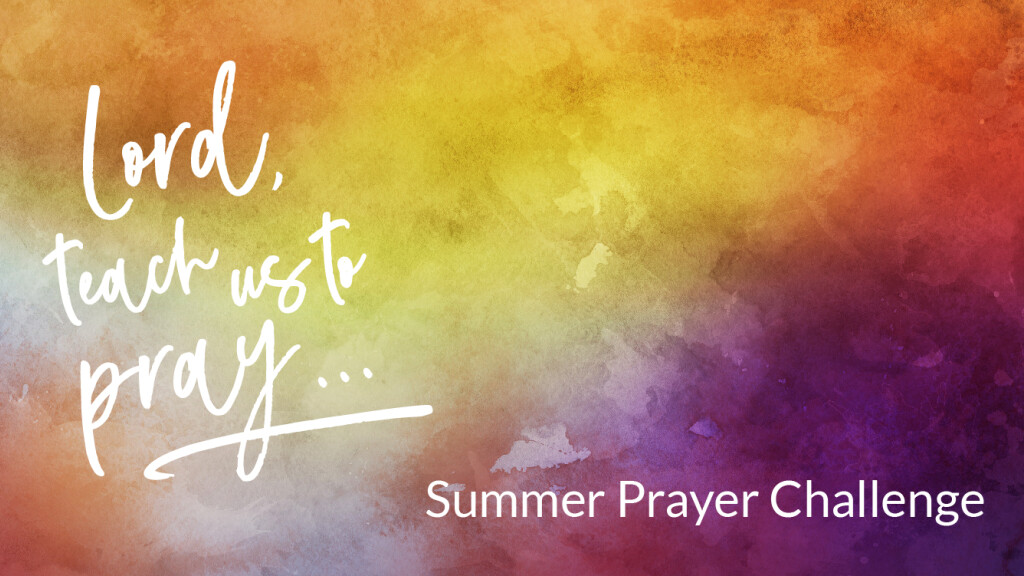 This summer, the Chapel family will make Luke 11:1 our collective plea: “Lord, teach us to pray.” We will search the pages of God’s Word to learn from godly men and women who boldly approached God in prayer in their moments of greatest joy, sacrifice, pain, and confusion. Most importantly, we will learn from the Word of God made flesh, Jesus Christ, as He taught us how to pray even as He breathed His final breaths: “Father, forgive them, for they do not know what they are doing” (Luke 23:34). May the Holy Spirit use God’s Word written and Living to connect us more deeply to our Creator as we cry out, “Lord, teach us to pray.” 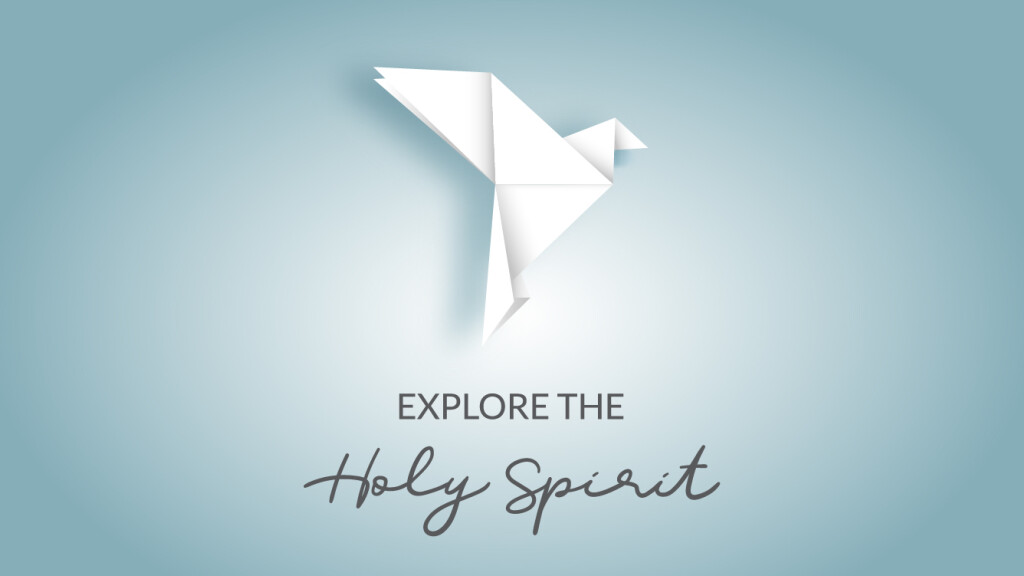 At the same moment the disciples are given the call to go and to become explorers by being Jesus’ witnesses in Jerusalem, Judea and Samaria, and the end of the earth, they are told to wait. Jesus says something to the effect of, “Go! Now wait.” They have just spent three years learning at the feet of Jesus. They have spent the last 40 days getting a refresher course on what the Kingdom is all about. What else could they possibly need? Why delay? Jesus knows that before they explore they must be “clothed with power.” This power comes from the Holy Spirit. If we are to be obedient to Jesus’ call to explore, we too need to be “clothed with power.” This series will examine the role of the Holy Spirit in God’s great expedition and teach us how we can, as the Apostle Paul writes in Galatians, “walk in the Spirit” moment by moment as we take practical steps to put into practice Jesus’ call to explore.

A Next 40 Story video series 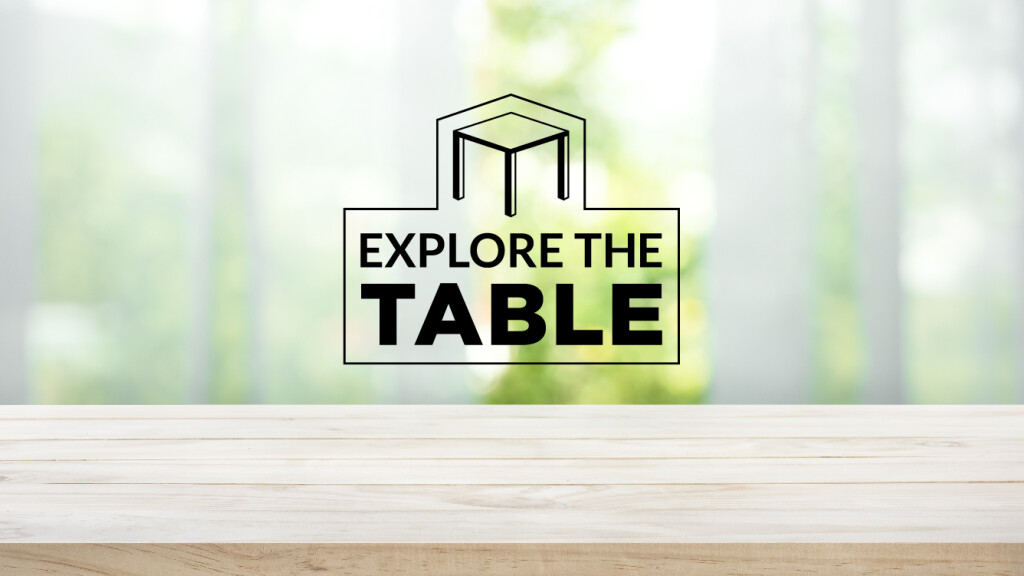 We often hear Jesus’ call to explore as an invitation to addition. We understand He has commanded us to be His witnesses in Jerusalem, Judea and Samaria, and to the end of the earth, and therefore we get out the to do list. We start thinking of all the things we need to add to our already overcrowded lives if we are going to live obediently to Jesus’ command. Yet, in the Gospels, Jesus never appears rushed. He does not scramble from one frantic moment to the next. He is frequently missing from the action only to be found alone in prayer. Jesus does not model a life built on the principle of addition, asking “how can I add more and more activity to my day?” Rather, He models a life built on the principle of alignment: “How can I align every activity of my life with God’s call to explore?” During the season of Lent, we will look at how Jesus used even the most ordinary moments, those spent around tables sharing meals, to continue the great expedition of announcing His Lordship in God’s Kingdom. We will learn from Jesus’ example how to align our ordinary moments with His call to explore. 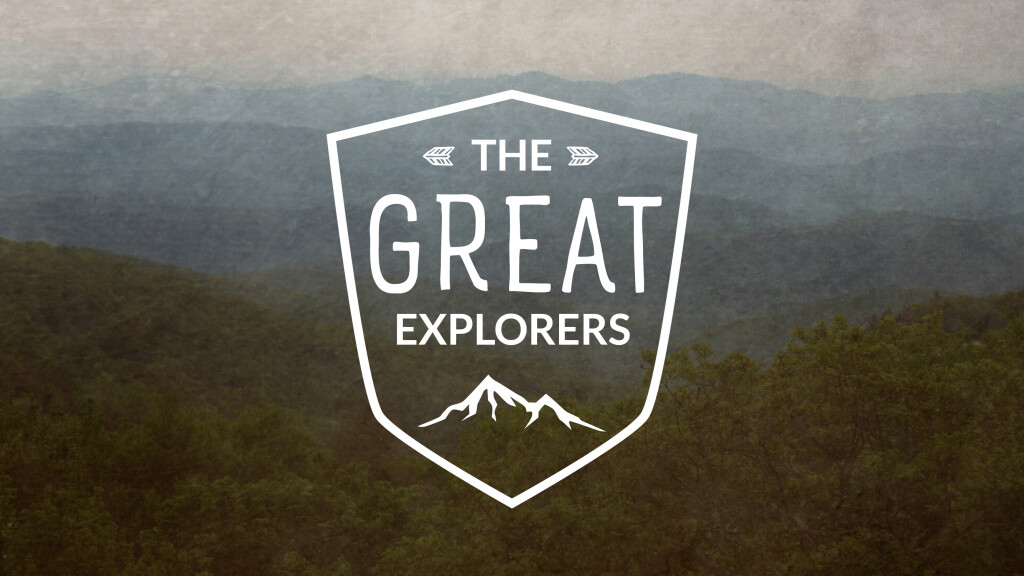 The Bible is full of great explorers. We read about men and women who heard and accepted God’s call to explore throughout the pages of Scripture. Abraham “obeyed and went, even though he did not know where he was going.” Esther, knowing the perils of the journey that lay before her, cried out, “if I perish, I perish.” The Apostle Paul’s expeditions included three shipwrecks! He even spent “a night and a day…adrift at sea.” This series will examine the lives of the Bible’s great explorers and teach us to long for the great adventure every great explorer experienced when they were obedient and set out on the expedition to which God called them. 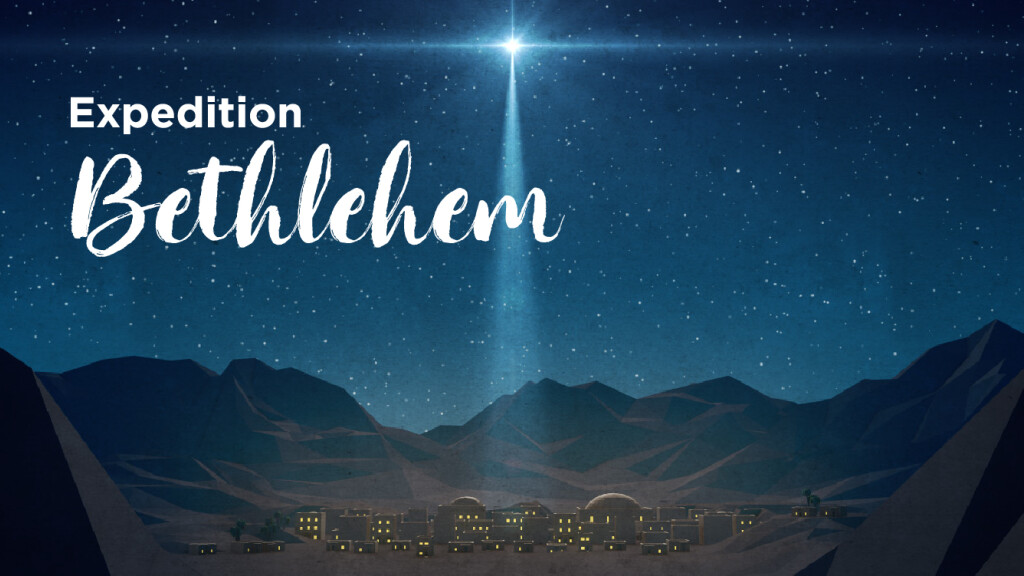 Christmas represents the greatest expedition ever undertaken. God is the explorer and Bethlehem is the destination. God is on a mission to rescue His creation, and the Gospel writer Luke makes it clear that God assembles a crew to play different roles on this journey. As people are called to join God’s expedition to Bethlehem, they are faced with a choice to accept or reject this invitation. Some join the expedition with joy. Others are doubtful that an expedition of this kind is even possible. By examining God’s invitation to become part of His expedition Bethlehem crew, we will become more familiar with the nature and contours of God’s call to explore. By examining different responses, we will be challenged to think through how we are responding to God’s call to join His expedition in our everyday lives. May we be challenged to make the words of Mary, the mother of Jesus, our own as we respond God’s invitation, “Behold, I am the servant of the Lord; let it be to me according to your word.”